Meet this years honorees at our 2019 Kentucky Derby Party on May 4th.

Mark your calendars for May 2, 2020 for our 17th annual celebration where we will be honoring the Jay & Linda Grunin Foundation, Anita Roselle and BCB Community Bank!  We do sell out so make sure to check back for more details!

Lt. Governor Guadagno’s extensive background in the public and private sectors gives her a distinct and unsurpassed perspective to enable relationship building for successful business strategies and economic development outcomes, as well as insights into local, state and federal policy issues.  Working closely with each of Connell Foley’s practice groups, Lt. Governor Guadagno counsels clients on local, state, and federal initiatives, economic development projects and various policy issues, while assisting them in all aspects of litigation.

In eight years as New Jersey’s first Lieutenant Governor and the 33rd Secretary of State, Kim Guadagno was a steadfast advocate for businesses and corporations statewide, creating an effective infrastructure for economic growth and job creation.  She established the Partnership for Action – New Jersey’s multi-faceted economic development strategy, comprised of the Business Action Center, Choose New Jersey, the Economic Development Authority and the Secretary of Higher Education.  Lt. Governor Guadagno worked tirelessly to attract, retain, and expand companies by helping businesses negotiate the labyrinth of government at all levels.  She met with thousands of business and government leaders statewide and played an integral role in the creation of hundreds of thousands of jobs and the dramatic growth of new business startups.  As Chair of the Red Tape Review Commission, Lt. Governor Guadagno successfully led a bipartisan initiative reducing regulatory burdens on businesses.

The Wall Street Journal profiled Lt. Governor Guadagno as possessing a “level of energy that has impressed members of the state’s influential business community.”

After two federal clerkships and five years of private practice, Lt. Governor Guadagno began her public service career as a federal prosecutor with the Organized Crime and Racketeering Strike Force in Brooklyn, New York.  She later became an Assistant United States Attorney for the Eastern District of New York and the District of New Jersey, where she was twice awarded the U.S. Department of Justice’s highest honor for her prosecutions.  Following her years of federal service, she became a senior member of the State of New Jersey Attorney General’s Office where she oversaw statewide criminal investigations.  In 2001, Lt. Governor Guadagno left the public sector to work in private practice and also taught Legal Research and Writing at Rutgers School of Law in Newark for six years.  In 2005, she was elected a commissioner in her hometown of Monmouth Beach and two years later, Guadagno became the first woman sheriff in Monmouth County where she led the 650-member, $65 million law enforcement agency until inaugurated New Jersey’s first Lieutenant Governor. 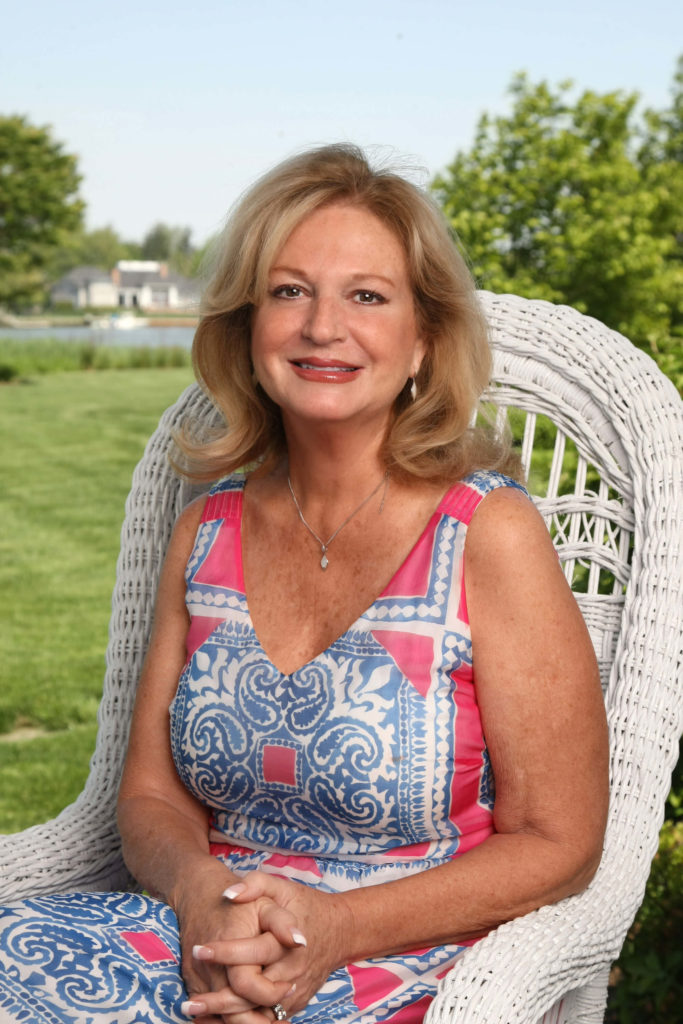 A “nurse at heart,” Maureen puts her heart and soul into everything she sets out to do especially her passion for volunteering and philanthropy.

A graduate of Villanova University with a BS in Nursing, Maureen pursued her career as a RN in the Philadelphia area in pediatric and women’s health. In 1986, she began a “second” career as a pharmaceutical sales representative for Glaxo Smith-Kline moving to the Monmouth County area. In 1995, wanting to return to a nursing career, Maureen attended Monmouth University and received her MS in Nursing and certification as a school nurse.  After the birth of her son Dylan in 1997, Maureen decided to become a stay at home mom, substituting as a school nurse and devoting her time and energy volunteering and becoming involved in non-profit work to give back to her community and those in need.

Besides her involvement in numerous non-profit organizations, Maureen has spent most of her time and energy as a board member and for the last 11 years as President of the Board of Trustees of Monmouth Park Charity Fund.  To date, the Fund has distributed over $9,600,000 to nonprofit agencies and health care facilities that provide services to residents in Monmouth County.  Maureen has also served as Chairwoman of the Kentucky Derby Celebration, MPCF’s largest fundraising event, for the last 15 years, enabling the organization to increase funds to those it serves.

Maureen has served as a board member of the Girl Scouts of the Jersey Shore and Horizons.  She has served on numerous fundraising committees as Chair of the Meridian Health Gala, Rumson Country Day Gala and committee member of the Interfaith Neighbors and Big Brother-Big Sister Gala.

Because of her volunteer and philanthropic dedication, Maureen has been honored by the ARC of Monmouth County, Pacific Opera, Jersey Shore Council of the Girl Scouts, Tigger House Foundation, Brookdale Community College, and the Society for the Prevention of Teen Suicide.

Maureen resides in Oceanport, New Jersey with her husband John, son Dylan and her two dogs, Luci and Desi. 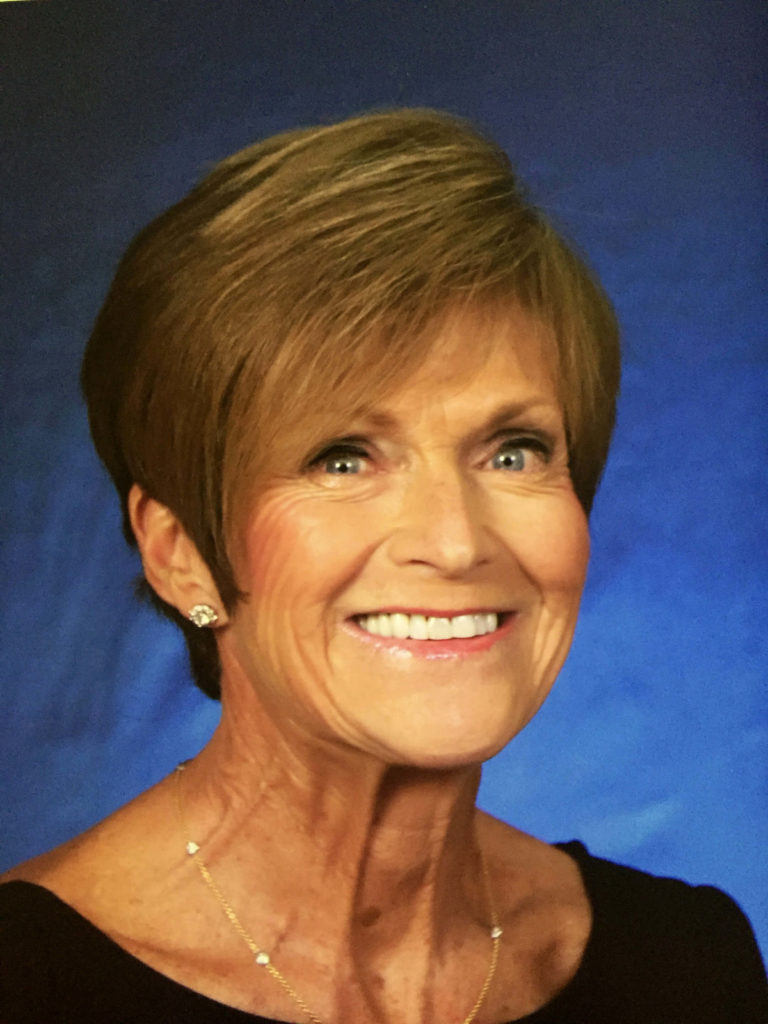 Ruth Harms is a premier community advocate who is sought after for leadership guidance and support in a broad spectrum of areas.
Ruth graduated from Paterson State Teachers College (William Patterson University) with a BS degree in Primary Education. Ruth taught Kindergarten for four years taking early retirement in 1971 to become a stay at home mom. She began volunteer8ing, which led her to philanthropic endeavors and later, with her husband and children, the formation of the George and Ruth Harms Family Foundation.
Ruth is a long-time member of the Manasquan Presbyterian Church where she has served as an elder, a deacon and a Sunday school teacher. She continues to serve in countless ways, is a respected leader, and sits on numerous committees.
In 1993 Ruth began volunteering for the American Cancer Society’s Jersey Shore Region. Shortly afterwards she was asked to take the position of Income Develop=lopment Chairperson and eventually became a true ambassador. She has served on the Board of Advisors, was Vice President of the Division Board, and Excalibur member and received the 2003 National St. George Award. She was instrumental in bringing the Relay for Life fundraising efforts to the Jersey Shore Region.
Ruth served none years on the Board of Directors of the Ocean Medical Center; was a member of the Brielle Education Foundation; and, in 1984 was a founding member of the Food Bank of Monmouth and Ocean Counties, now known as Fulfill. She was a founding member on the Board of Trustees for the Algonquin Theatre in Manasquan and a Trustee for the Manasquan Bank Charitable Foundation, which grants funding to local community organizations. In 2008, Ruth co-founded the Samaritan Center of the Jersey Shore and continues to serve as Trustee and Emerita. The center is a non-profit corporation that provides affordable, professional counseling to people of all ages, faiths, and backgrounds.
Ruth and her husband George recently celebrated their 48 years of marriage. Ruth always wanted six children, which she now has, being blessed with three amazing children and their wonderful spouses. Rob and his wife Judy have three sons, Hunter age 20, Andrew age 18 and Ryan age 17. Kevin and his wife Carolyn have four children; three daughters, Logan age 19, Jenna age 18 and Paige age 16; and one son, Parker age 12. Lauren is married to Mike Kreig and their daughter Madison is 6 years old. Her eight grandchildren affectionately call Ruth “RuRu”. The loves of her life are her husband, six children and eight grandchildren. Of all the titles she has held, she cherishes “RuRu” as the one that means the most. 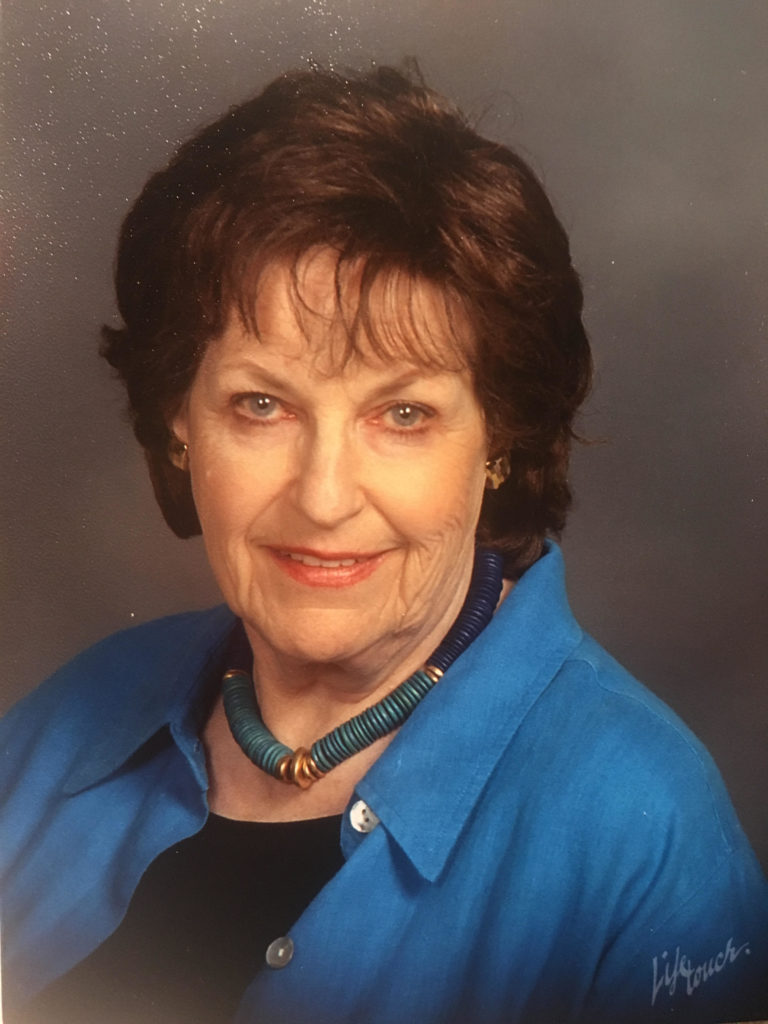 Barbara B. Black ( nee Caffrey) was born and raised in Newark, NJ. A proud graduate of St. Michaels Hospital School of Nursing, Class of 1953, and attended Rutgers University Newark. Barbara, administered the first polio vaccine in 1955 at The Crippled Children’s Hospital in Newark, N.J.  Barbara met and married Lt. Col. William Charles Black (US Marines) and Fordham University Graduate (1952) in September of 1957. Mrs. Black not only was a military wife living in various locations across America, she continued to actively work as a Registered Nurse while raising three boys. The Blacks settled back in New Jersey in 1968 after Bill took a position at Gulf & Western in NYC. Later, he was the President of NJ Zinc, Palmerton, PA, and ended his career as the cofounder of Horsehead Industries, NYC.

Barbara and her late husband, William C. Black have been major philanthropists throughout their married life.  Barbara and Bill were always compassionate about giving back to their community. In 1994 Barbara and Bill were given the naming rights, after their major donation, to the than new Jersey Shore Hospital Emergency Room. The Mary V. Black Pavilion was named for Mr. Black’s mother, also a career nurse.  Mary’s portrait remains hung in the entranceway to Jersey Shore University Medical Center Trauma ED. Since Bill’s passing, in April 1996, Barbara and her family have continued to donate both time and money to many different organizations and charities.

Although Barbara no longer works as an active nurse, she proudly maintains her Registered Nurse inactive license in the State of New Jersey.  Barbara is the mother to three grown men. William, Jr. (Paula), Michael (Kathryn), and Christopher (Rebecca).  Her sons and their wives have also been active in their communities and charitable causes. Barbara is extremely proud of her family and grandchildren, William (III) and Jennianne Black, Elizabeth and Robert DuCharme, Kathleen, Grace, and Bella Black. Barbara is expecting her first great-grandson in late May.